Posted by jsslifelike on August 11, 2009 in Articles, Commentary, Editorials

A lot has been said, written, and typed about hardcore third-party sales figures on the Nintendo Wii. While numbers for such titles may not rival that of the cutting-edge systems, we may not be seeing the complete picture. It is no secret that development costs on what is basically a last-gen console “retread” are exceptionally less expensive than the current-day process. Also, it seems that today, software sold is NOT considered successful until it reaches the 500,000 unit mark. Could these facts be causing a misinterpretation on the part of gaming and enthusiast press?

According to VGChartz.com, House of the Dead: Overkill sold almost 235,000 copies in 10 weeks(keep in mind that the site does not track past that point). The game reached it’s sales pinnacle in week two with over 44,000 units moved worldwide. This suggests that, even with a Metacritic score of 78, gamers were paying attention to the reviews of major sites and publications. The score is actually decieving as well, for ratings on the lower end are from less reputable sources, possibly searching out controversy. 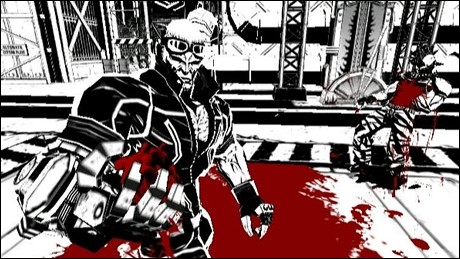 Example number two is MadWorld. Released on March 10th 2009, the game pushed roughly 260,000 through retail to the consumer in two and a half months. Gamers definitely had their eye on the title, as it’s week one sales were in the neighborhood of 65,000 copies. An old-school “beat ’em up” with an artistic flair, MadWorld was extremely popular with the mainstream gaming press. It did break the Metacritic 80 percent barrier(by one point), but again, how many of the lower reviews are credible? 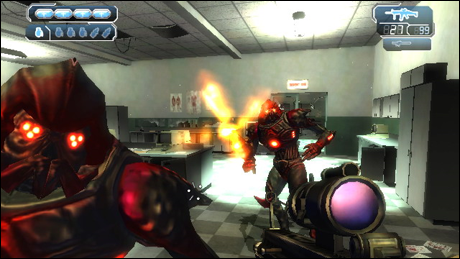 Maybe the largest hardcore Wii experiment to date, The Conduit, blasted onto the gaming scene  June 23rd 2009 selling 83,000 copies here and abroad in it’s first week. There was no question that High Voltage Software, the game’s developer, had the spotlight aimed their direction. The Conduit had boasted lofty lighting and particle systems, along with the most-intuitive first-person-shooter controls since Metroid Prime 3: Corruption. The title has slowly fizzled out to a measly 8,000 units moved in it’s sixth week at retail, culminating at a total of 200,000. With a Metacritic score of 69(eek), it seems that most trustworthy reviews are in the 80’s and 70’s.

So, what does the bulk of this information mean exactly? These signs point to the fact that there IS still some segment of a core gaming audience on Nintendo’s tiny white console. SEGA, who published each of the games above, must believe that this is case. But as far as SEGA, Headstrong, Platinum Games, and High Voltage are concerned, do these sales figues warrant sequels? There is still much that we do not know. How many of the units moved at retail were at a reduced price point? Regardless, gamers’ support is crucial. Do you think that the Wii needs more hardcore software? If yes, then ask yourself this: how many of these titles have YOU purchased? Voting begins with YOUR gaming dollar. Do not let that vote go unheard.

← The Gamesmen, Episode 8- “Come Join the Xeno-bration!”
What Is the Effect of Middleware On Gaming? →

14 comments on “The Truth Behind Hardcore Wii Software Sales”