The Voice Talent Of Mass Effect 2

Posted by jsslifelike on December 10, 2009 in Previews 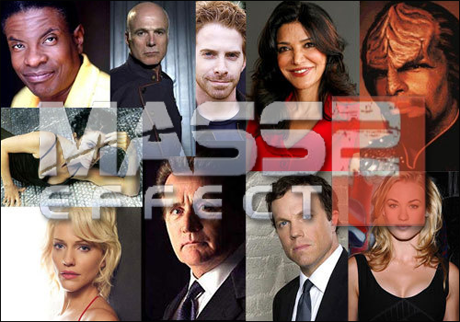 BioWare has revealed the voice cast for Mass Effect 2, with a cast of new and returning voice actors that covers just about every corner of science fiction fandom.

Of course the biggest addition to the Mass Effect 2, Martin Sheen as the Illusive Man, has already been outed, but he’s just the tip of the iceberg as far as new cast members are concerned. BioWare has pulled in talent from multiple television and movie properties in order to help facilitate a more emotionally engaging story.

And of course we can’t forget returning cast members Seth Green, who had some of the first game’s best lines as Normandy pilot Joker, and The Chronicles of Riddick’s Keith David, returning as Admiral David Anderson.