Who Could Be the Final Spider-Man In Shattered Dimensions?

Posted by jsslifelike on June 13, 2010 in Articles 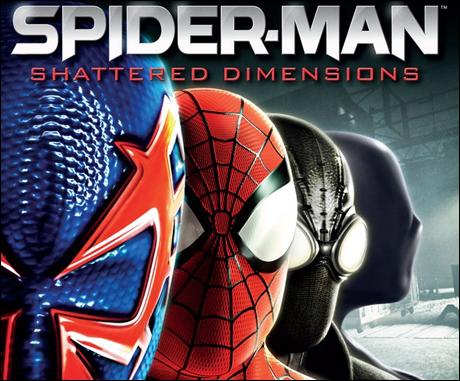 With the recent announcement of Spider-Man 2099 to stand alongside the Amazing Spider-man and Spider-Man Noir, it could potentially be a fun exercise to take a look at possible candidates for the fourth and unknown arachnid. Here are a few:

Scarlet Spider: The wiki says that the first Scarlet Spider was a clone of Spider-Man created by the Jackal (Miles Warren). The Jackal created the clone to fight and defeat the original Spider-Man, but since the clone and Peter both shared the same memories, they confused themselves in the battle. The original Peter Parker emerged victorious and the clone was left for dead and dumped into a smoke stack of a factory. He managed to escape and assumed the alias Ben Reilly, a combination of his Uncle’s first name and his Aunt’s maiden name. Look for Scarlet Spider to be a pretty good bet.

Spider-Man 2211: The wiki states that Dr. Max Borne, a TimeSpinner from the year 2211, is the Spider-Man of that year. His costume is different from the costume of the original Spider-Man, in that it has four extra mechanized arms, but it does follow the same color scheme of red and blue. He is part of an organization that tries to prevent disruptions in the time field. In his first appearance he aided the two titular Spider-Men in defeating the Hobgoblin of 2211, his main enemy. It was later revealed that the Hobgoblin was in fact Robin Borne, his daughter. With Spider-Man 2099 already announced, this one seems to be falling on the “bunk” pile and with good reason. 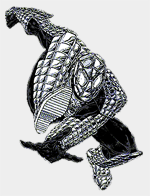 Armored Spider-Man(or Spider-Armor): The wiki says that when the New Enforcers attacked New York using high caliber fire-arms, Spider-Man created a suit of “Spider-Armor”. Composed of a pseudo-metallic compound Peter Parker developed at Empire State University, the suit slowed him down, but allowed him to not get shot. During battle, the suit was destroyed by acid. The likelihood of Spider-Armor seems on the surface to be feasible, but considering that this short-lived suit only made a one-issue appearance in the comics, the notion is rather quickly deflated. 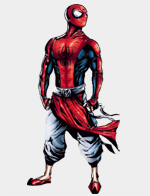 Spider-Man India: According to the wiki, Spider-Man: India is a comic book originally published in India by Gotham Entertainment Group in 2004, retelling the story of Marvel Comics’ Spider-Man in an Indian setting. Pavitr Prabhakar, a poor Indian boy, lives in a village and moves to Mumbai with his auntie Maya and uncle Bhim to study after getting half a scholarship. His parents died some years ago. Other boys at the school tease him and beat him. He knows his uncle Bhim is struggling to support him and his auntie Maya, and pay the school. Only Meera, a girl from school, befriends him. Meanwhile, Nalin Oberoi, a local crime lord, uses an amulet to perform an ancient ritual, where he gets possessed by a demon committed to opening the gate for other demons to get back to Earth. While being chased by other kids, Pavitr encounters an ancient yogi who gives him the power of a spider, to fight the evil that threatens the world. Three words: Not a chance. 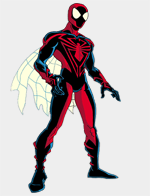 Spider-Man Unlimited: The wiki says that while covering the launch of John Jameson’s one man mission to a Counter-Earth (another Earth on the opposite side of the sun), Spider-Man attempts to stop symbiote adversaries Venom and Carnage from boarding a shuttlecraft. Blamed for Jameson losing contact with our Earth, Spider-Man becomes a target of persecution by the media and the public. Believed to be dead after saving a life in a fire, Peter Parker uses the ruse to embark on a mission to retrieve John Jameson on Counter-Earth. Making his way to the planet, Spider-Man learns that Jameson has fallen in with a band of freedom fighters opposed to the High Evolutionary whose Beastials, hybrids of animal and humanoid attributes, are the dominant species whilst humans are the second-class minority. Unlimited could actually be the best bang for your buck if you’re a betting man. Could you imagine the chaos of Counter-Earth?

Spider-Ham: Peter Porker was born a spider (simply named Peter). He resided in the basement lab of May Porker, a slightly goofy animal scientist who had created “the world’s first atomic powered hairdryer,” hoping that “the introduction of nuclear fusion into America’s beauty salons” would “revolutionize the hair care industry”. After dousing her head with water and activating the dryer, May Porker accidentally irradiated herself, and in a fit of delusion, bit Peter, who then found himself transformed into an anthropomorphic swine much like May Porker herself. Running from the Porker homestead disoriented, Peter soon came to realize that he still retained a spider’s abilities. Obviously, this is the LONGEST shot of them all. Still, the idea of it being reality brings a devilish grin to my face.

These are just a few that could become the final mystery superhero. Could he be revealed at E3 2010? I’m anxious to hear what YOU think, so leave a comment if you feel any have been overlooked or simply disagree with the assessment of each.

8 comments on “Who Could Be the Final Spider-Man In Shattered Dimensions?”